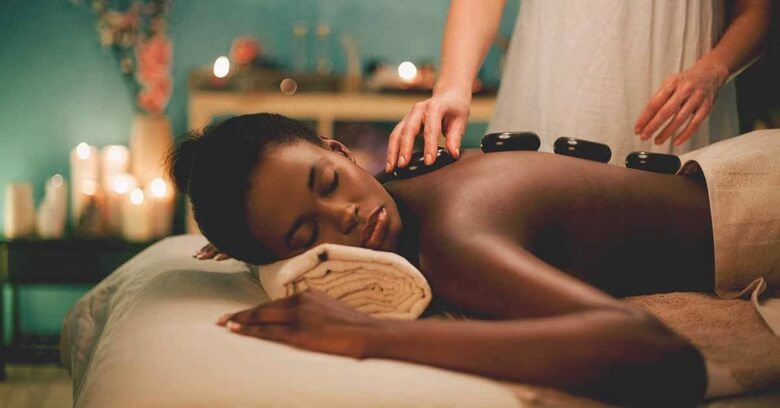 From common manual therapy to shiatsu and foot reflexology – we explain which massage technique helps best and when, and what you need to consider.

The classical or Swedish massage is mostly prescribed by doctors for back problems and the health insurance companies pay for it. The various massage techniques, from stroking to rubbing, kneading and tapping, loosen adhesions in the tissues and, through increased blood circulation, also muscular tension and blockages. A classic massage is only applied where there are complaints, for example, tension in the back or neck. However, because both the autonomic nervous system and the release of endorphins are stimulated, physical and psychological blockages can be released. Classical massage is therefore often also part of the therapy for depression or burnout.

By the way, classical massage was already used to treat gladiators after their fights, after the Greek physician Hippocrates introduced the technique to Europe. However, it was established at the beginning of the 19th century by the Swedish gymnastics teacher Pehr Henrik Ling.

How long does the treatment last and where can I do it?

Classic massage is performed only by trained masseurs or physiotherapists. A partial massage usually lasts 15 to 20 minutes, a full body massage 60 minutes. The doctor usually prescribes six to a maximum of ten sessions if medically necessary.

Extra tip: Anyone who regularly suffers from tension or blockages should do physiotherapy in addition to massage to train proper posture and movement. Because massage often eliminates the pain, but not always the cause. 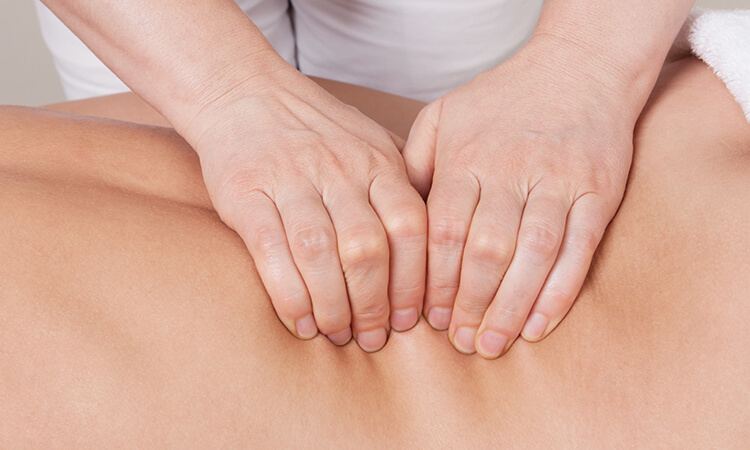 In this massage, which is said to originate from the area of modern Tibet, the whole body is made to vibrate: For this purpose, several special bowls made of metal are placed on certain energy points (chakras). The singing bowls are struck, and since the body consists of 80 percent water, the vibrations can continue into the last cell. A fine vibration and tingling sensation is felt throughout the body. The idea is that the resulting sound waves should allow the energy in the body to flow freely again and dissolve disturbed energy fields. This has not been scientifically proven, but it definitely works: The special, rich sound and the overtones in which the Tibetan bowls sound calm and put you into a deep and almost meditative relaxation.

A sound massage lasts about an hour. When choosing a therapist, it is worth taking a closer look: Because the term sound therapist is not protected. So it makes sense to find someone who has studied sound and music therapy or has taken further training to become a sound masseur or practitioner.

Extra tip: Wear comfortable clothing. Unlike many other massages, you do stay fully clothed during a sound massage. However, nothing should constrict or pinch, which only disturbs the relaxation. By the way, most sound therapists offer meditations in addition to the sound massage: The sounds are accompanied by texts, for example in the form of a guided thought journey.

Instead of the therapist’s hands, around 70 stones are used in this massage. And they are not only used for massaging. They lie partly under and also on the body. The special: The stones are heated to about 60 degrees and also stay really warm for a long time, because they are mostly basalt stones of volcanic origin. The warmth flows through the whole body during this treatment, the blood circulation is stimulated and tensions can be released. Other stones made of polished marble, on the other hand, are cooled – by alternating their use, the temperature always remains pleasant and, as with alternating showers, the circulation is stimulated. Hot stone massage has been popular in Germany since about the 1990s. However, many peoples and cultures in the Asian, North American and Pacific regions have known for thousands of years about the beneficial effects of hot stones against diseases and injuries.

How long does the treatment last and where can I do it?

A full body massage takes about 60 to 90 minutes. As a rule, hot stone massage is offered by private practices and day spas. Hot stone therapists can train at special institutes.

Extra tip: Anyone who already feels groggy or has a cold should refrain from the treatment, as it would put additional strain on the circulation. Also who tends to thrombosis or varicose veins, should better do without.

It should be called Thai Yoga Massage. That is what is special about this form of massage: it is combined with elements of yoga. The therapist puts the client in various stretching positions, such as the cobra or the plow. The therapist uses the heels of his hands, elbows and knees to perform a pressure point massage on points of ten special energy pathways that cover the body like an energetic net. The aim is to provide the body with energy and relieve complaints such as insomnia, constipation and headaches. By the way, Thai massage has an ancient tradition: its development is attributed to a doctor who is said to have been a contemporary of Buddha.

Traditionally, an original Thai massage lasts about three hours, in this country usually 90 minutes. While in Germany no training is required for therapists, in Thailand it is mandatory. And so here, too, trained masseurs often work in special wellness studios run by Thais.

Extra tip: During a Thai massage, you stay fully clothed, so be sure to wear or bring comfortable clothes!

Through special, very gentle massage strokes along the lymphatic channels of the body, accumulated tissue water is released and can flow away better. In most cases, the accumulated fluid is to blame when the legs or other parts of the body swell and become heavy. Incidentally, injuries or operations are usually to blame for disturbed lymph flow, but the tendency to edema is often congenital and increases with long periods of sitting or heat. By the way, lymphatic drainage always treats an entire region of the body: If the water accumulates in the calves or feet, for example, the groin area is also “drained” in order to stimulate the lymph flow in the entire leg.

How long does the treatment take and where can I have it done?

Lymphatic drainage lasts about 30 minutes and should be repeated a few times after consultation with the therapist. Lymphatic drainage may only be performed by physiotherapists and masseurs with special training. If it is prescribed by a doctor, health insurance will cover the costs.

Extra tip: Drink plenty of fluids after the treatment! This additionally supports the lymph flow. And after the treatment, it is best to put your legs up and rest: Since the therapy affects the entire autonomic nervous system, it makes you quite tired.

The full body massage Abhyanga is performed with high quality oils or teas. It is a classical Indian healing art, which also has a long tradition in Nepal and Sri Lanka. It involves synchronous treatment with four hands; in this country, the massage is usually performed by a therapist. The herbal oils are selected according to the individual Ayurvedic constitutional type (Vata, Pitta, Kapha) and applied to special energy points (also depending on the constitutional type and physique). With gentle pressure, certain purification channels are now massaged, which stimulate the lymph flow and thus the cleansing of the body cells. The massage has an invigorating effect when massaged against the direction of growth of the body hair, soothing when stroked with the direction of growth, a change of direction balances. However, the oils or teas are not only a means to an end, they also refine the complexion. The massage combines care, deep relaxation and cleansing: Not for nothing does “Abhyanga” in ancient Indian mean something like “great oiling with loving hands”.

60 minutes is the usual time for an Abhyanga. It is offered in Ayurvedic institutes, by doctors and alternative practitioners, but also in hotels or spas with Ayurvedic departments. Usually, the massage is also part of an Ayurvedic Panchakarma cleansing cure. Under ayurveda-verband.eu one finds therapists at the desired place.

Extra tip: Before the massage best one hour or longer nothing (heavy) eat. And also afterwards still something wait with the next meal and rest. If you have a cold or fever, it is better to postpone the treatment again.

Shiatsu comes from Japan and literally means “finger pressure”. And indeed, the therapist works a lot with his fingers and the heel of his hands during the treatment, but also uses his knees, feet and elbows. With his body weight he stimulates certain pressure points, the meridians. But the therapist also mobilizes the joints through gentle movements and stretches. Shiatsu, by the way, is quite similar to Chinese acupressure and acupuncture and is also called “acupuncture without needles.” In all three forms of treatment, energy blockages are to be released and the self-healing powers are to be stimulated. In any case, the pressure applied by the therapist also loosens the muscles and gets the autonomic nervous system going. By the way: While acupressure and acupuncture only work on the therapy points of the meridians, Shiatsu treats the whole body along the meridians.

How long does the treatment take and where can I have it?

You should plan about 60 to 90 minutes for the Shiatsu treatment, including a preliminary talk and a resting phase. Shiatsu is often offered by alternative practitioners, but also doctors and physiotherapists. There is no standardized training for Shiatsu therapists in Germany, but the German Shiatsu Society (shiatsu-gsd.de) has a list of well-trained practitioners.

Extra tip: In addition to releasing blockages and tension, shiatsu is also considered a form of treatment
which works against stress. If tension is released and tears flow, that’s perfectly fine: Shiatsu therapists are trained to do just that! After the treatment it is best not to rush to the next appointment or to work, because Shiatsu also makes you tired.

The treatment is based on the idea that the feet are connected to all organs via nerve pathways. The Indians used it as a healing method thousands of years ago, and in China acupuncture works according to very similar principles. At the beginning of the 20th century, the physiotherapist Eunice D. Ingham divided the soles of the feet into different zones, each of which is assigned to one organ. For example, the area under the little toe is assigned to the ears and shoulders, the center of the ball of the left sole of the foot is assigned to the heart, and the toes are assigned to the forehead and sinuses. By applying pressure to the different areas the nerve endpoints are stimulated and the stimulus reaches the organ through the nerve pathways. In this way, discomfort is supposed to be alleviated and the self-healing powers are supposed to be stimulated. This effect has not yet been clearly proven medically, but one study suggests that it can improve knee problems. Scientists agree, however, that massaging the soles of the feet has a positive effect. The fact that it relieves anxiety and is calming has also already been proven by studies.

How long does the treatment take and where can I do it?

You should plan about 30 minutes for the treatment, which is usually offered by physiotherapists or alternative practitioners with special training. The body and legs are wrapped up warmly during the treatment so that you do not get cold.

Extra tip: Pregnant women should refrain from massage, the stimulation of certain pressure points could trigger premature labor. Foot reflexology massages can also be done by yourself, following instructions.

The Benefits of Beebread for Women

How to loosen stuck fasciae

How does water hardness affect the health of skin and hair?

“Erases” Wrinkles and Circles Under the Eyes in Just an Hour: How the New Trendy Procedure Geneo+ Works