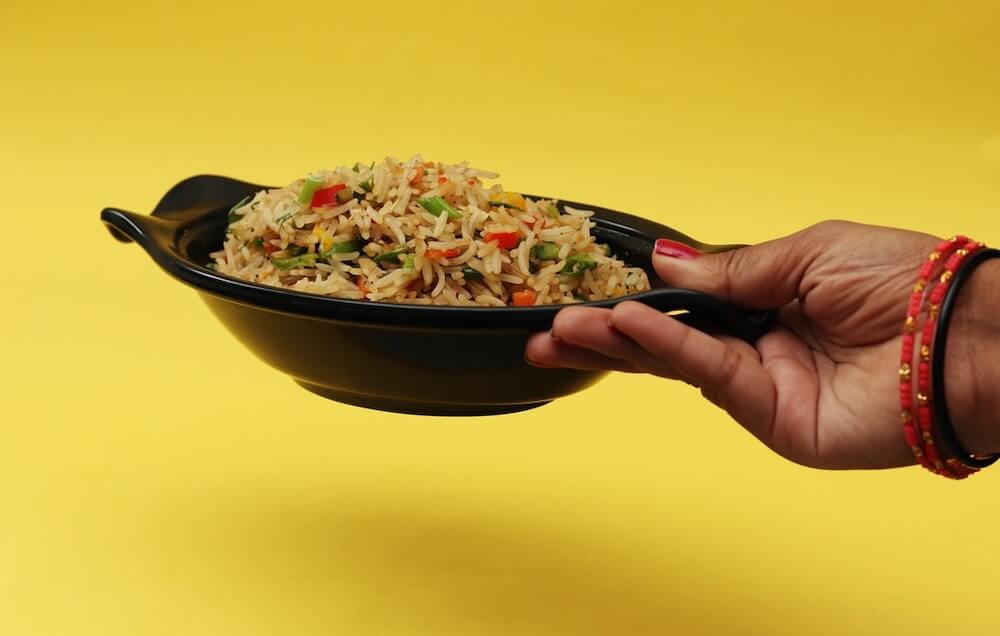 Macrobiotics is derived from the Greek words makros (big, long) and bios (life), so it means something like “the big, respectively long life”. This Far Eastern-inspired concept is based on the yin-yang doctrine, and is intended to lead to a healthy and long life. An important part of this is the appropriate choice of food, which should have a harmonizing effect. Read here interesting facts about macrobiotics.

The basic thesis of this nutritional philosophy is that there are two forces in the universe: Yin, the expanding force, and Yang, the contracting force. The appropriate selection of foods in the macrobiotic diet is intended to balance the two forces.

Yin is assigned by macrobiotics, for example, acidic foods, potassium, sugar and fruits, Yang stands for alkaline foods, sodium, salt and cereals. In addition, the state of the food (yin or yang) can be changed by the preparation. According to macrobiotics, the optimal ratio of yin to yang is 5:1, it is derived from the ratio of potassium and sodium in brown rice, which is considered the optimal food in this teaching.

What foods does macrobiotics allow?

The basis of the macrobiotic diet is brown rice and whole grains, which are eaten whole, crushed or as flour. They make up about 50 to 60 percent of total food choices in the original form of macrobiotics. In addition, there are legumes, (fermented) soy products, nuts, seeds, seaweed, some fruit and fish, and a few vegetable fats. Drinking should only be as much as necessary.

There is no set diet plan, but three meals a day are recommended. Most of the meals should have a sweet taste, which also comes from chewing grains for a long time. However, salty and slightly sour tastes, as well as, in small amounts, bitter and spicy, should also be present in the macrobiotic diet.

For breakfast, there is classically miso soup with vegetables and cereal porridge (porridge), at lunch and dinner are in the strict macrobiotics cereals and vegetables and legumes on the menu. The goal is to bring the body into harmony.

Since, according to macrobiotic philosophy, the preparation of the products has a great influence on the effect of the food, beginners are advised to refer to cookbooks and attend cooking classes under experienced guidance.

The origins of macrobiotics

The macrobiotic diet can be traced back to the Japanese Georges Oshawa, who allegedly cured himself of tuberculosis with it at the age of 16. Macrobiotics according to Oshawa means a strictly vegan diet with 60 percent grain content. It hardly plays a role today.

Mishio Kushi developed macrobiotics further after Oshawa’s death and adapted it to Western nutritional habits. The wide spread of macrobiotic nutrition in the 1970s and 1980s can be traced back to him. The American Steve Acuff then further relaxed the rules, so that vegetables, legumes, seeds, nuts, algae, fish and eggs are also allowed.

The fact that sugar, alcohol and finished products are omitted is positive. Since a lot of local vegetables are eaten, one eats according to the seasonal supply. The products are full of nutrients due to the short transport routes and natural cultivation. In addition, it is likely that one reduces weight by the change of diet.

Eating according to the strict form of macrobiotics is not a good idea. The risk of malnutrition is very high, especially in children. Studies showed that children fed this way had growth disorders.

Also, the Kushi variant should only be done with extensive nutritional knowledge and never by children, pregnant or nursing women.

Acuff macrobiotics is considered suitable as a permanent diet for adults, however, one must intensively study the nutritional composition to avoid deficiencies. Moreover, to eat according to the principles of macrobiotics usually entails a higher expenditure of time and money for the preparation and purchase of food.

Frutarians – What They Can Eat

Hunger or Appetite: the Difference!