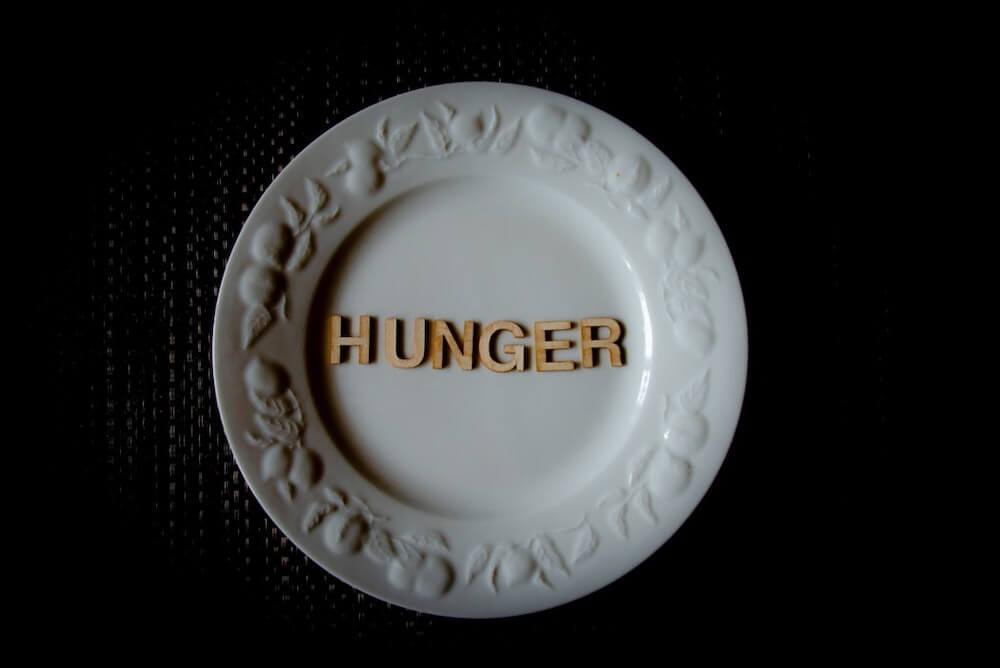 A slice of cake in the afternoon, chips in front of the TV: we don’t just eat when we’re hungry. It’s often appetite that drives up our calorie consumption. Because in addition to biological factors, it’s upbringing, habits and various impulses that influence our diet. Read here how hunger and appetite differ and what you can do about cravings.

What is the difference between hunger and appetite?

Hunger is decided by a tiny part of our diencephalon: the hypothalamus. This is where the central control unit of our entire organism is located – among other things, the hypothalamus receives messages about whether the body is supplied with sufficient nutrients or whether there is a deficiency. The regulation of body weight also takes place there.

The decision as to when and how much we eat is therefore made in our heads. Several brain regions, many biochemical mechanisms and hundreds of hormones work together to do this. They give the signals we know as hunger or appetite.

But what are hunger and appetite anyway? We’ll explain.

Hunger is an innate reflex that is important for our survival. It is a physical desire for food and protects against malnutrition. To stay alive, we need regular energy – in the form of carbohydrates, fat and protein, among other things.

If our body has too little energy, the stomach lining and pancreas produce the hormone ghrelin. It tells our brain that we need energy replenishment. Often, when we are hungry, our stomach also begins to growl.

When we eat something, the ghrelin level drops and the hormone leptin is formed. It tells our brain that we are full.

Appetite originates in the limbic system and is an “emotional hunger”. Behind it is a psychological stimulus that makes us want to eat a certain food. Whether we develop an appetite for something depends, among other things, on our childhood experiences, cultural customs and biorhythms.

When it comes to appetite, there is no hunger in the physiological sense. Rather, the needs of body and soul are different in this case. This means that even when we are full, we sometimes crave an ice cream or a piece of cake.

The reason for this is that food is not only for survival, but also has a psychological function for humans. For example, depending on the imprinting, it distracts us from negative experiences or helps to alleviate frustrations. Self-reward is also related to appetite.

It is usually early childhood experiences or cultural conditions that influence whether and what we have an appetite for. If sweets served as a consolation or reward in childhood, there is a high probability that we will also reach for gummy bears, chocolate & co. in difficult situations in adulthood.

Economic and social factors such as social status also play a role in eating. In some countries, eating a lot is a sign of wealth. Eating conveys pleasure, security or social status. Cultural customs also have an influence. It has been shown that appetite increases:

How to distinguish hunger from appetite!

In order for you to be able to separate hunger and appetite well, it is important to recognize why, when and what you eat. Only those who are able to interpret their body signals and recognize why they eat calories can control their appetite and thus avoid being overweight.

You can recognize whether it is hunger or appetite by the following points:

How to control your appetite

In recent decades, the oversupply of food in Western countries such as Germany or the USA has led to more and more people suffering from obesity. Many of them have forgotten to listen to their natural feeling of satiety. One consequence of this is that type 2 diabetes in particular is on the increase – even among children.

Controlling appetite is an important step in achieving a balanced body weight. Scientists speak of appetite control as a network of psycho-biological interactions that must take hold.

This is what happens in the body when we eat food!

When we eat something, the incoming food stretches the walls of the digestive tract. Sensors in the gastrointestinal tract detect this and report the stimulus of satiety directly to the brain. During the digestive process, several hormones are produced that report satiety to the diencephalon via nerve pathways and the blood.

When blood glucose levels are high, the pancreas secretes more of the hormone insulin – this also leads to satiety. Insulin also influences the hunger center by reducing the formation of hunger substances there (for example, neuropeptide Y).

In addition, a whole range of substances are known to be formed in the brain and to control hunger and satiety in the long term. These include substances that the body forms from the breakdown products of the ingested food, for example serotonin or dopamine.

Also important is the hormone leptin, which controls appetite. Depending on the amount of fat in the body, it is produced in higher or lower concentrations. Leptin ensures that hunger does not arise at night – but only as long as a person is asleep. Only then does the production of the hormone ghrelin stop. If, on the other hand, we are awake, ghrelin is released and hunger arises.

Frutarians – What They Can Eat

Macrobiotics – Nutrition According to Yin and Yang